News: Buster Phantom Cabin nominated for the European Powerboat of the Year

Buster Phantom Cabin is nominated for the European Powerboat of the Year Award 2019. The luxus class commuter is one of the five boats selected in the category under 35 ft.

Buster Phantom Cabin is nominated for the European Powerboat of the Year Award 2019. The luxus class commuter is one of the five boats selected in the category under 35 ft.

The winners will be announced at the boot Düsseldorf boat show on January 2019.

The aluminium-built Phantom Cabin is based on the hull of the Buster Phantom, the open boat that has proven seaworthy and highly manoeuvrable. It has been designed to be spacious, seaworthy and comfortable to ride in.

“Thanks to the aluminium hull and the reliable Yamaha outboard engine that can be tilted up to protect the propeller, the boat is safe to moor in shallow water, even in challenging circumstances. This adds to the versatility of the Phantom Cabin and surely is a factor that many active boaters will appreciate,” Kurtén says. 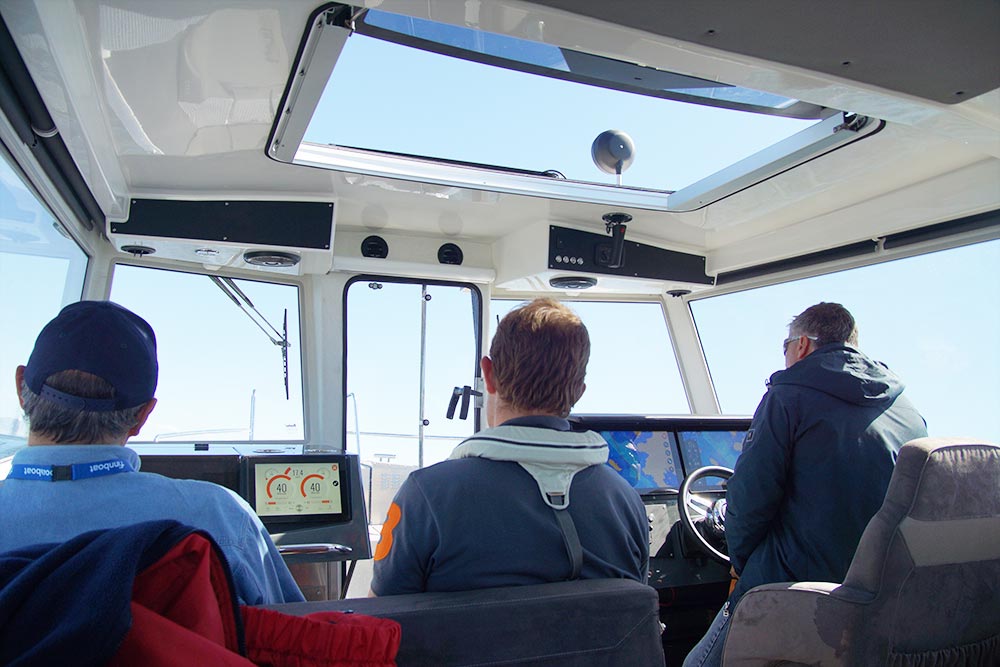 Social area for up to 8 persons

The bow area has seats for three passengers, and the U-shaped seating in the back provides a comfortable ride for five. The backrest of the co-driver’s seat can be moved forward to create a pleasant social area for eight persons.

Its recommended engine power range extends from 300 hp all the way up to 600 hp. With two 4.2-litre V6 Yamaha outboard engines each rated at 300 hp, the boat achieves a top speed of over 53 knots. The boat cruises comfortably at speeds between 25 and 40+ knots, as decided by the helmsman according to the circumstances. And remarkably enough, at cruising speeds around 25-27 knots typical fuel consumption is around or slightly below 2 litres / nM – regardless of engine configuration. 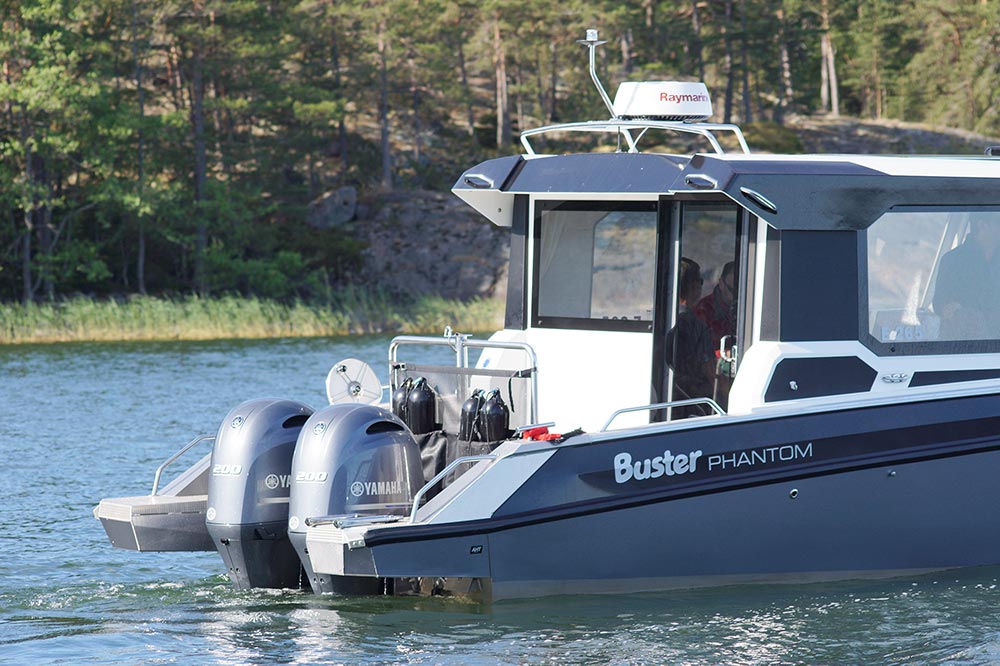